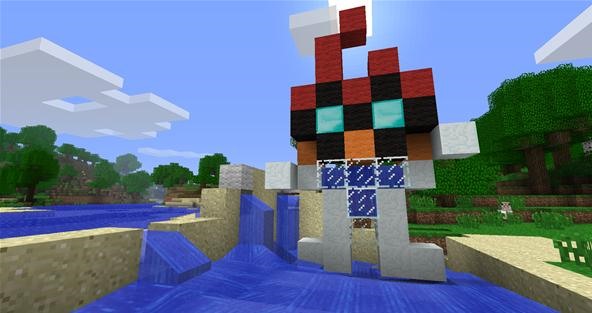 This is not an entry, obviously, but we wanted to try to make the mascot too (Kari and I).

A few days ago the server we played on was down for two days so we were playing around making the mascot in a temporary world.

Kari had the idea to set the hair on fire so the hair was originally made of wood. But lighting it all at once by hand didn't work and she kept getting burned: 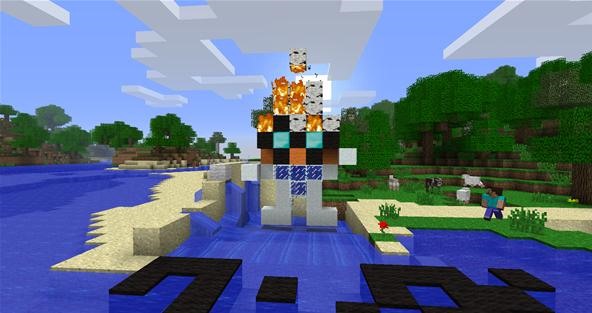 We gave up and tried red wool and then setting that on fire, didn't work: 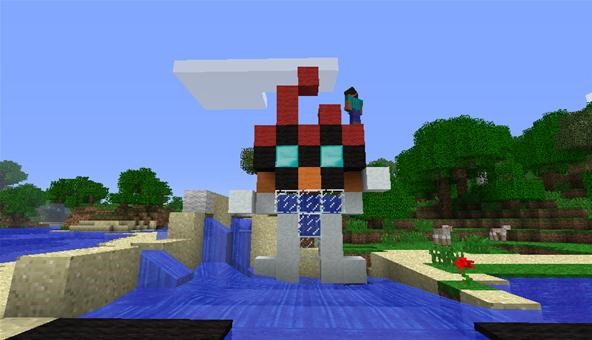 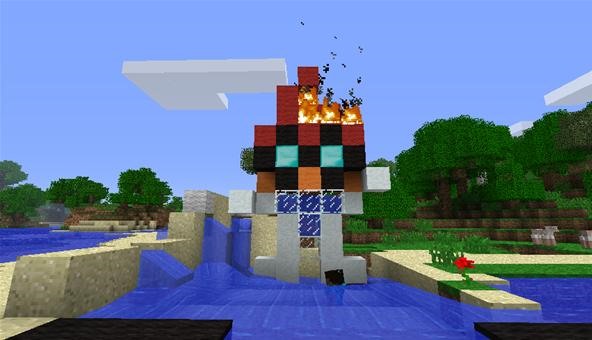 I think with some redstone powder we could have made it all lit up at once, but by that time Kari had burned to death twice and was ready to call it a night. If someone can make that work it would be awesome. It was a good idea but a bit of a fail on our part.