UPDATE: As duly noted by Kerec Tunca (scroll down), this week's past Challenge has been a bit of a dud. Thank you to the four users who did submit—we enjoyed seeing your projects. This week's winner(s) are: Matthew Herman for his in-the-spirit-of-Mass-Destruction potato cannon, and Kerec Tunca for his charmingly scrappy camera tripod (thanks for including the tutorial!).

This Giveaway Tuesday is all about the "I Made It". It's simple—as members of WonderHowTo, you've likely got a DIY project or two under your belt that you're proud of. We want to see what you've done! Post your project to the Giveaway Tuesdays corkboard for a chance to win the nefarious DIYer's holy grail: Mini Weapons of Mass Destruction by John Austin. 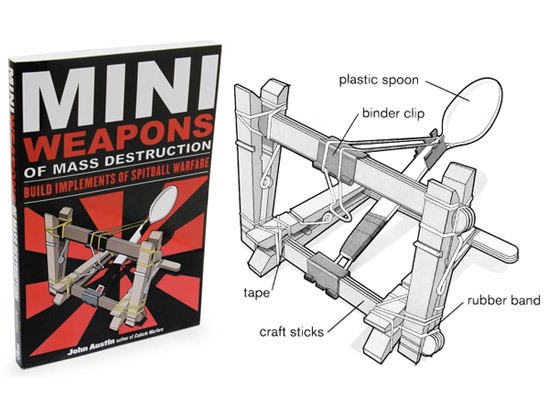 HERE'S WHAT YOU DO

All entries must be in by Monday, August 8th, 11:59pm PST. Standard rules apply. Post any questions below.

Thanks for reporting this—somehow I missed this comment, but in the future, please feel free to email me directly at rmansur@wonderhowto.com if you have any issues.

sigh, only one thing. Well i think i will put my potato cannon up then